Memorial weekend my boyfriend and I drove up to Drummond Island for a little R&R. Having lived in Michigan for as many years as I have, I’m surprised I haven’t heard more about this island or been there before! It’s located past the Mackinaw Island bridge and as far east as you can go before you have to board a quick ferry (with your car! A new experience for me!) over to the island. From there, you’re practically in Canada – and your phone will keep reminding you of that – international roaming anyone?

On the way there, as per usual we had to stop for some road-trip type food and I found out that KFC has snack size famous bowls! Did you know this was a thing? Why didn’t anyone tell me!? 8 points of deliciousness! 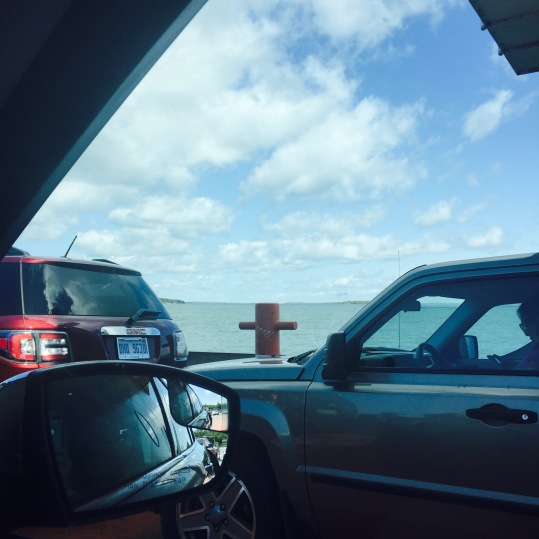 Riding in our car on a ferry!

At the recommendation of a friend, we stayed at the Drummond Island Hotel, which was perfect. It’s affordable, it’s clean, it’s right in the center of the “action” (basically at the only four-way stop) and the owners/staff were incredibly friendly and helpful!

Armed with a list of recommended restaurants, we decided to check out a couple places before making a decision. First, we went on a trek to find the Drummond Island Resort and decided just to get a drink and check out the old boathouse at the end of their dock.

We also had several attempts at a selfie, lol.

In the end, we decided to try the Trailhead and were not disappointed! We both got the specialty Ciabatta burgers (Mushroom and Swiss for me, the Smokey Burger for him). The boyfriend claimed that his burger was “definitely in his top ten of best burgers ever,” which is a huge compliment! I agreed, the burger was great, but the light ciabatta bun stole the show. I don’t think I’ve ever had a ciabatta bun that light and airy. We ended up finishing out our first night there, as the staff is super friendly and chatty, and had plenty of excellent recommendations for our stay on the island.

The next morning, we tried out the Bear Track Inn, at the recommendation from several people on the island as the best breakfast around.  They also did not disappoint! I had one biscuit with gravy, home fries and a scrambled egg (Sometimes you just need biscuits and gravy in your life. Anyone else with me?) We actually went there twice during our stay, it was so good! 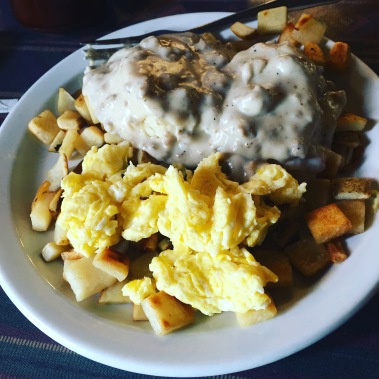 After breakfast, we packed up the car and went exploring down as many dirt roads as we could. Originally, we were going to reserve a razor, so that we could explore the ATV trails, but the whole weekend called for sporadic rain and we didn’t want to risk it. It was perfectly nice, driving around in the car and exploring what we could, but next time we’ll get an ATV or jeep to see what else the island has to offer. It’s amazing how many trails are on this island and how many cool things you stumble upon! Be sure to pick up a $3 map at Wazz’s (another place we frequented quite often to pick up snacks/drinks – we were also going to rent our ATV from there). 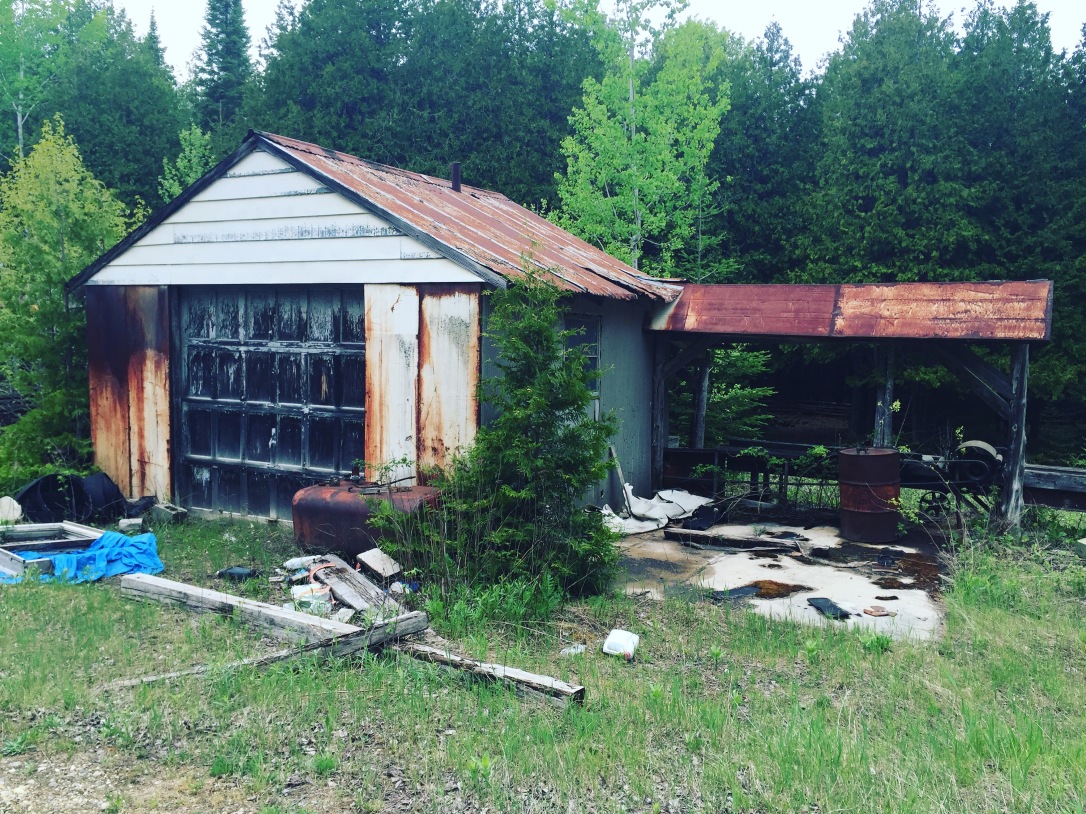 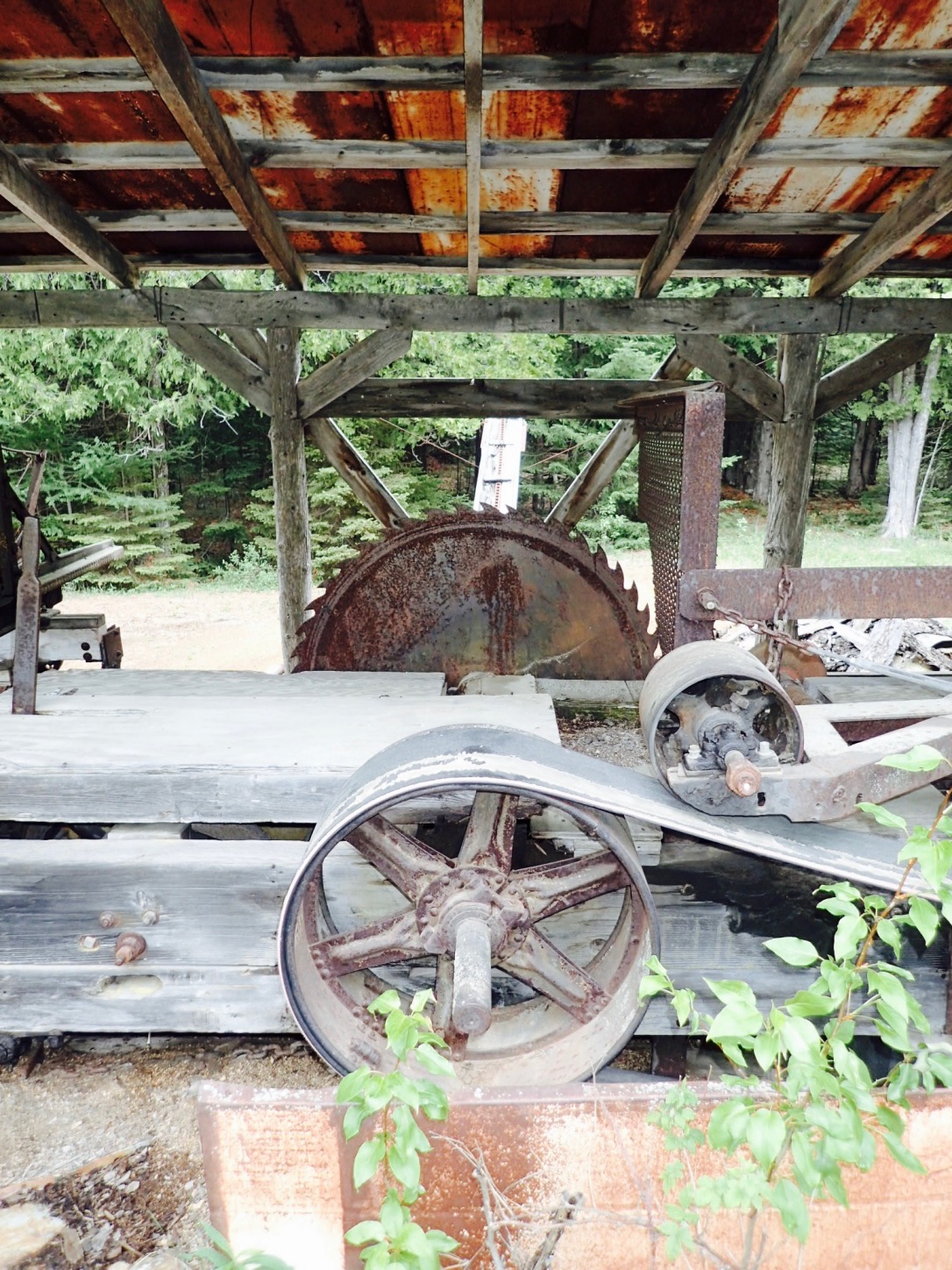 After our day of exploring, we decided to ride our bikes from our hotel four miles up to Chucks for some pizza and back. We definitely earned it, the road was hilly! 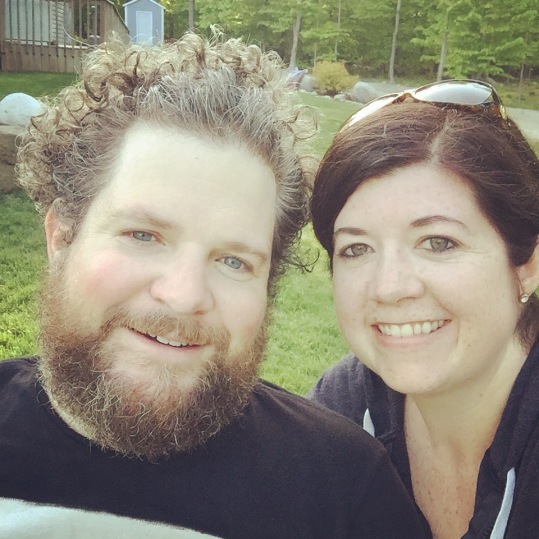 The next morning, after a quick breakfast at Northwood (breakfast burrito for me, oatmeal for him – another place we frequented!) we wanted to make it up to the Fossil Ledges which is on the north side of the island but had heard that we may not make it all the way with the car. Sure enough, about 3/4 mile away it turned into a swamp so we decided to walk the rest of the way. Good thing we had on our shandals (shoe/sandals, lol, see the pics below)! I’m glad we continued, it was beautiful! 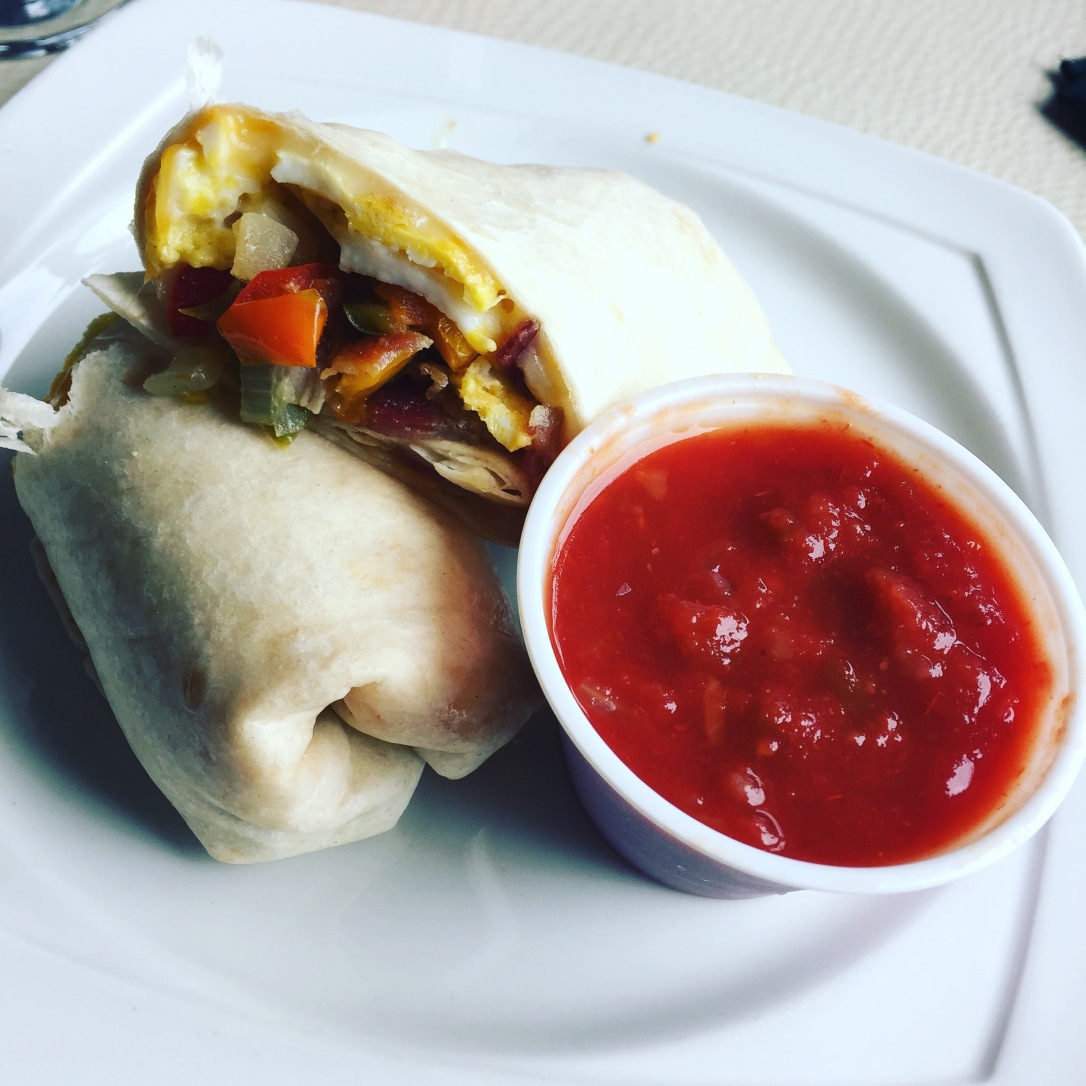 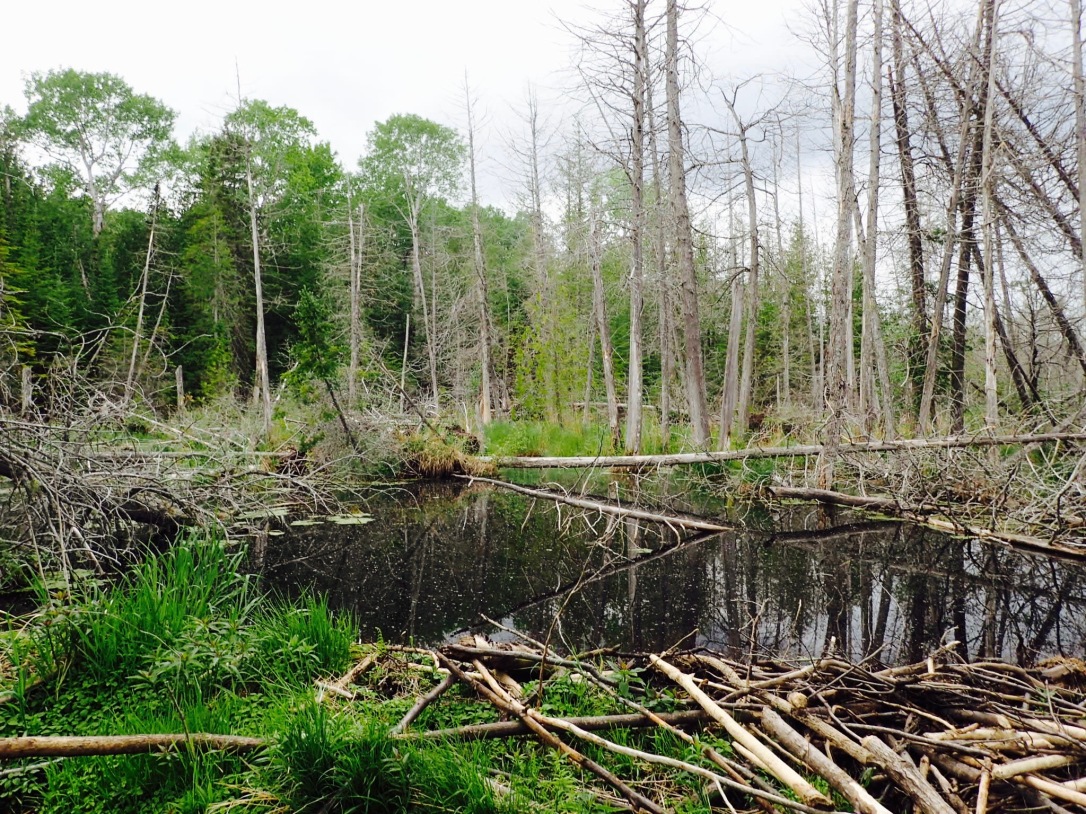 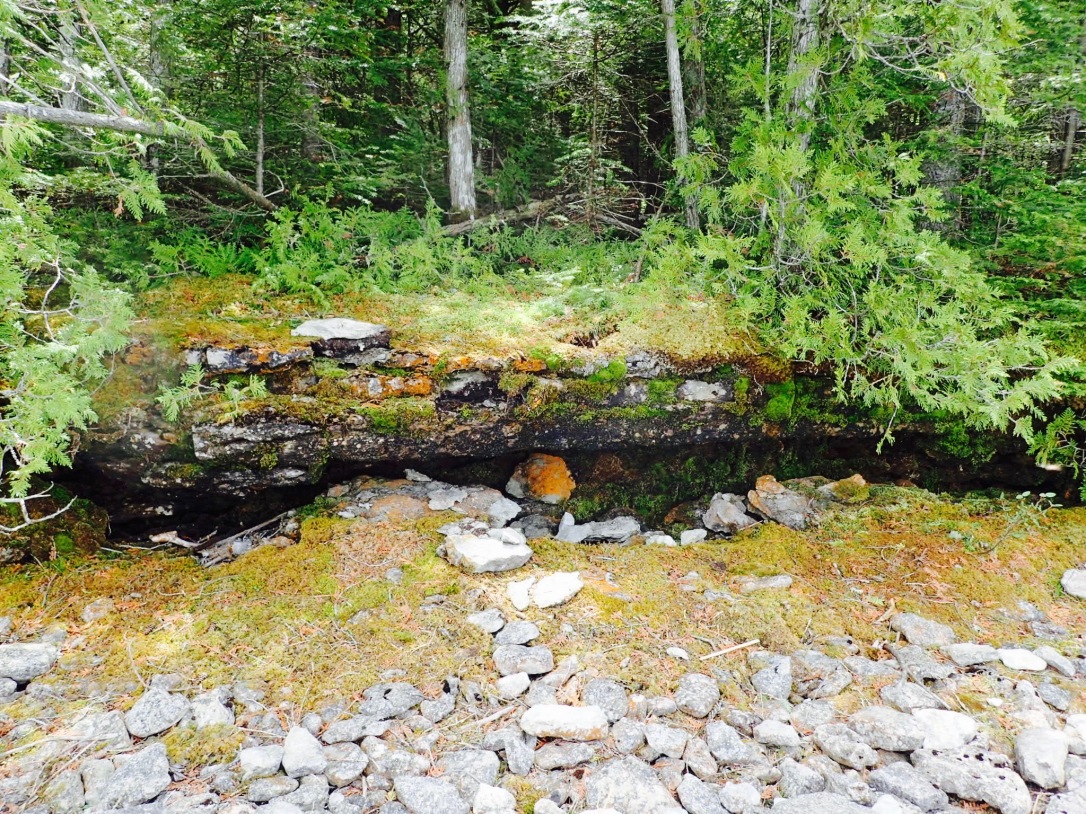 I highly recommend checking out Drummond Island, it’s quite the experience and the landscape is beautiful! It’s remote enough that you don’t have to see people if you don’t want to, but there are also plenty of restaurants to check out and the people are so great!

Have you ever been to Drummond Island before or are you thinking about it? 🙂

On our way home, we had to stop at my favorite bridge and the water was SO blue, it was almost tropical! 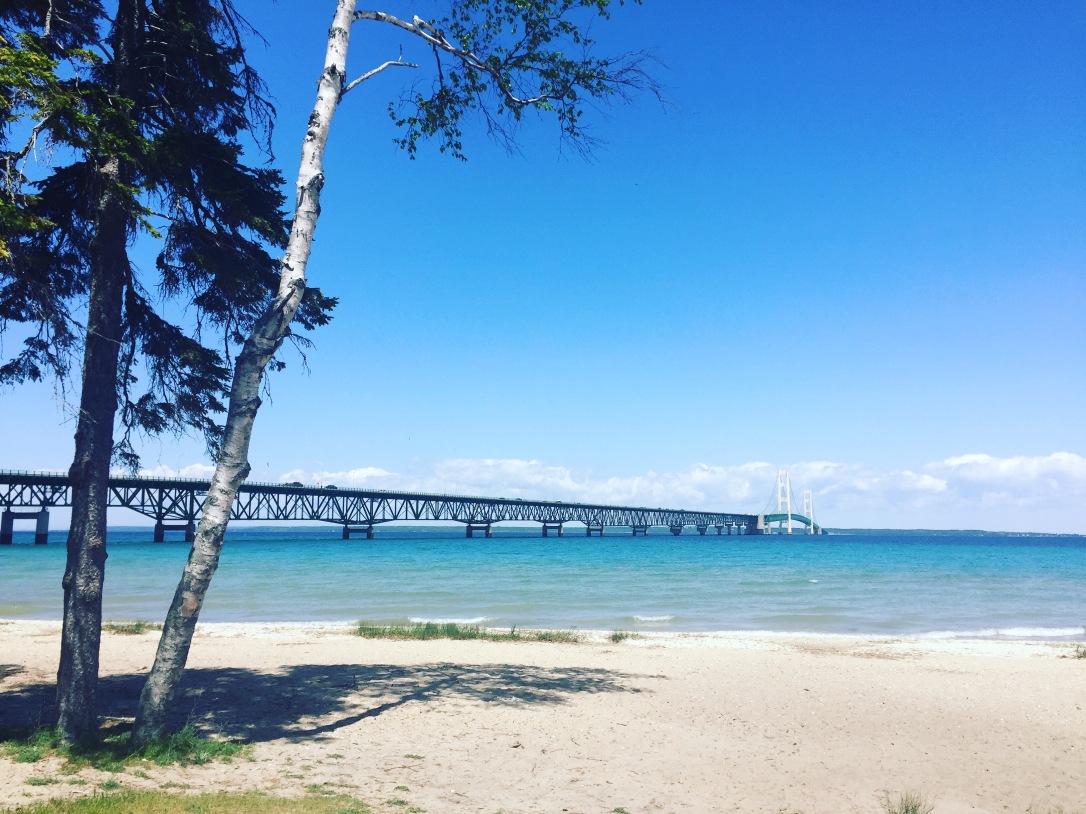 What did you do for Memorial Weekend?

When I started Tweaked Foodie, it was just an Instagram account to share my fitness journey and the way I’ve changed my thoughts about food. But so much more has changed about me over the years that I’ve tweaked not only my food habits, but my life. I’ve always struggled with my weight and I’ve tried every diet under the sun. I’ve lost the weight. I’ve gained the weight. I’ve never been slim and maybe I never will be. But through all of these years of ups and downs, I’ve found myself. I’ve tweaked myself. I’ve become the best me. And this is the me that I want to share, not just my love for food, but my love for travel, my love for helping people, my love for life. That love hasn’t always been there, it’s taken me years to get to this place. So this is me and my tweaked life…. Tweak(ed) Informal definition: Improve (a mechanism or system) by making fine adjustments to it. View all posts by Tweaked Foodie

I'd love to hear from you! Leave your comment below. Cancel reply

We are big fans of @waterandwheat, so when we heard @leftfieldcafeonmain was serving up some of their chik’un - we had to check it out!
Highly recommend Newaygo State Park campground! I think this may be our new favorite spot 🙂
Exotic fruit tasting with my nephew last night 🙂
CHICAGO WEEKEND
ASTORIA
THE SUDRA